The Future of file servers Explored! 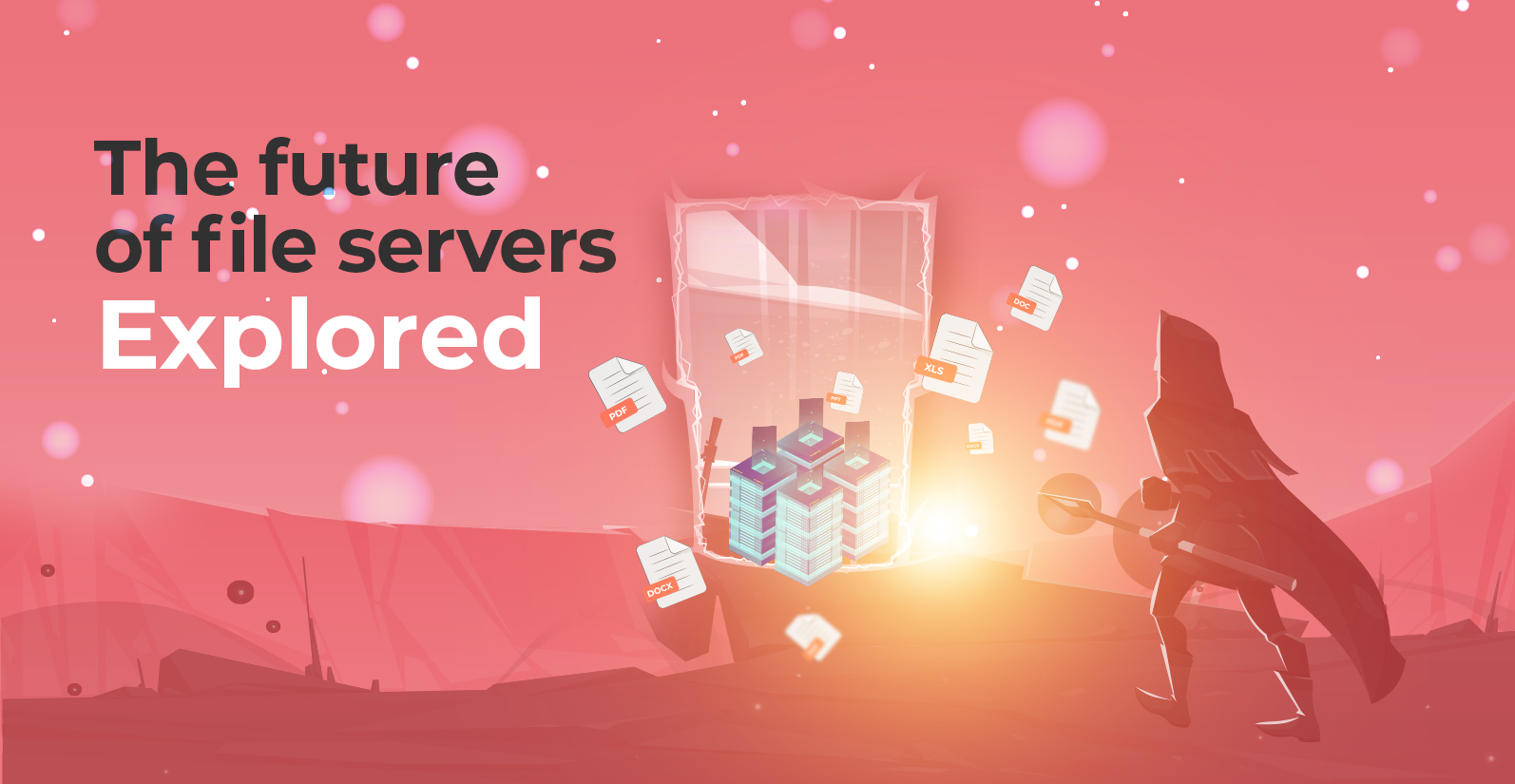 For the most part, NAS servers come with a web admin panel, but the server must be installed on bare-metal or in a virtual container. For testing, I am installing 4 mini server operating systems in Virtualbox, chosen at random. I’m looking for something that practically has out-of-the-box support for file sharing. But, I don’t expect easy to use revision control and assume that, for most part, small business owners won’t be comfortable setting up a Git repository or something like SVN (revision control software).

My methodology is to quickly install the systems and try and setup a fileshare with no technical know-how. I look at it like this, if I were a maker a soap, for example, and needed to share my accounting docs with a dispersed team, I probably would know everything about glycerin and lye, but little about ZFS pools and setting up a domain.

Most commonly, SMB or NFS protocols are used on home file servers. For those not in the know, Server Message Block (SMB) was developed by IBM during 1983. This is often referred to as a SAMBA Share and the de facto Windows method of sharing files. But, NFS was created in 1984 by Sun Microsystems. Both protocols are accessed in the same manner, from a file manager, after mounting a server.

Of the the 4 operating systems I tried, 3 have a Linux base and one has a BSD base. The main difference is that BSD based distros, besides Macintosh, can be a little complicated to use because they’re less likely to have out-of-the-box support for anything, really, and although they are highly configurable they require a know-how. For instance, working with EXT4 or BTRF partitions (Linux native partitions), for the most part, is intuitive, whereas ZFS, despite all its features, is complex.

Firstly, I installed OpenMediaVault. As for first impressions, well, not first impressions because it comes with a bland text installer and there’s really nothing to see until I was given an IP address to type into the browser, it has a visually appealing and intuitive layout.

OpenMediaVault is based on Debian. Reviews say that it comes with services like DAAP media server, RSync, (S)FTP and SSH. Especially important for us, this OS supposidly allows for easy fileshare setup. As I go through the text install, it supports EFI booting, IPV6 automatically configures, I skip through DHCP and a domain name is automatically given. Even choosing a mirror to install components is easy. But, I’m not able to upload files, run FTP or create a share. Every time I try I get this screen.

My disk wasn’t found and setting up a SAMBA share wasn’t possible.

Turnkey is another Debian based distro. Reviews state that it supports file sharing protocols like SFTP, NFS and SMB. They go on to say that Users can manage files in both private and public stores. You can also compress your larger files into ZIP, RAR or bz2 formats. And, if you’re a Windows User, it’s compatible with your desktop, maybe I can fire-up 2 virtual containers: one to run Turnkey and a second with Windows 10. Nix that idea, this is as far as I got with Turnkey: 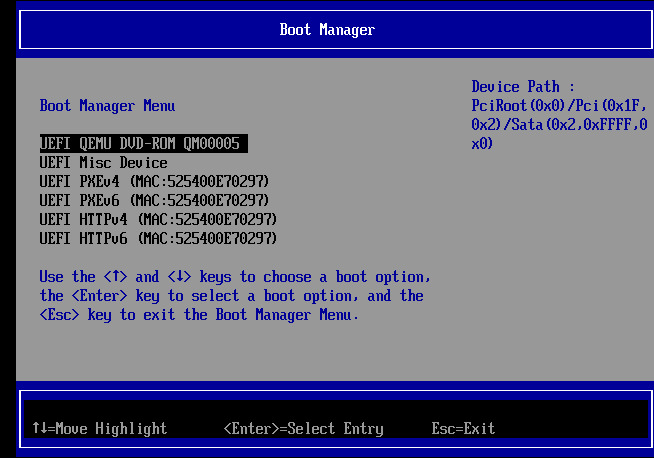 I tab through the menu but it gets me nowhere. Perhaps I should run a checksum on the ISO.

TrueNAS is based on BSD, it doesn’t support EFI and requires 8 gigs of RAM. Reviewers at FOSS state that after an initial warning, it installed and ran fine in 6GB of RAM. This aside, the OpenZFS file system is just too complex for the casual user, our soap maker. This file system needs maintenance, especially on lower than recommended RAM PCs. Why? ZFS eats RAM. This file system was designed to run with hundreds if not thousands of attached storage drives. This is possible because ZFS pools the available storage and manages all disks as a single entity. User scan add storage drives to the pool if the file system needs additional capacity. This may be great for corporate servers, but not for those who need a robust but easy to use file sharing platform. 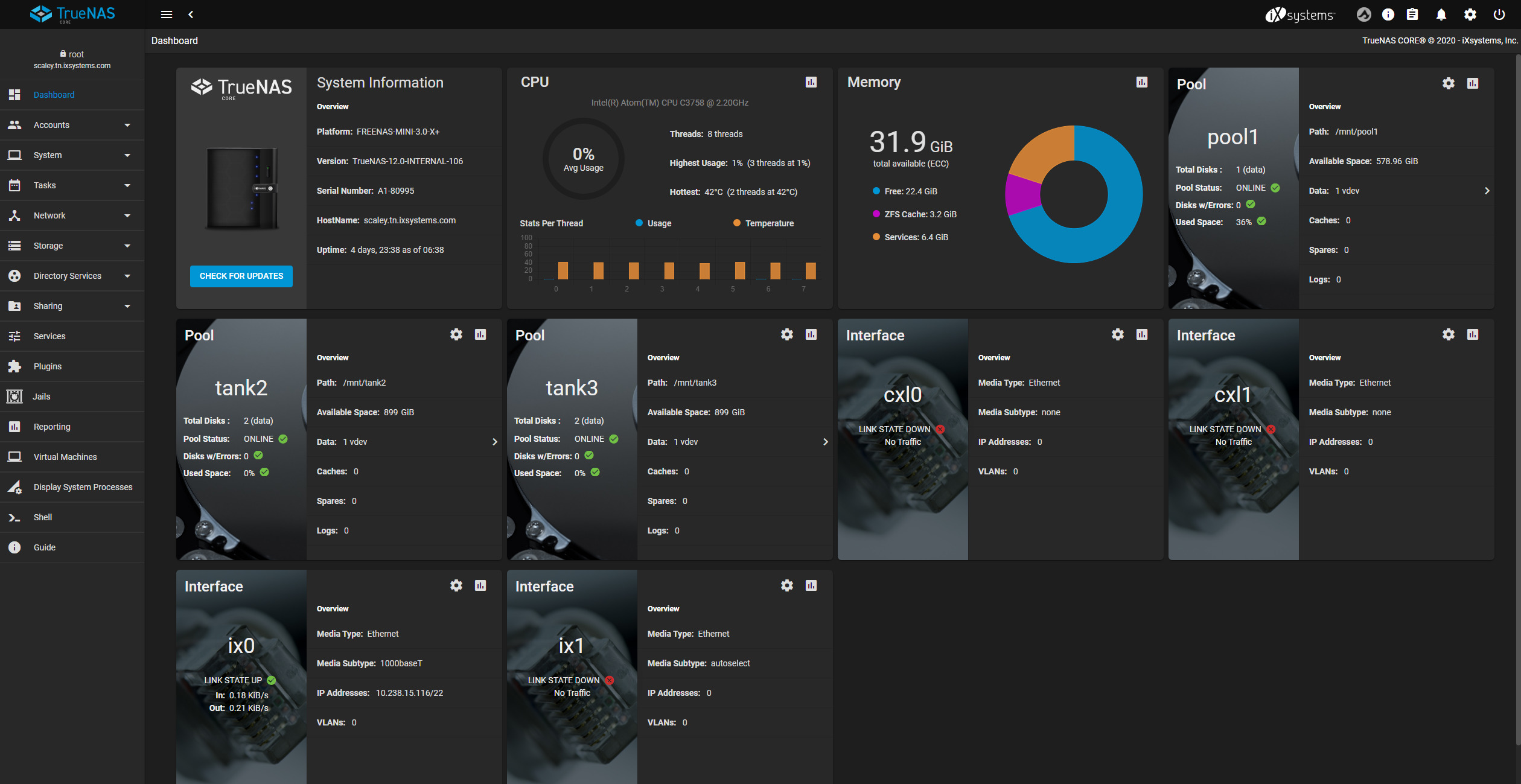 The web UI was built from the ground up, mostly in JavaScript using the Angular framework. Despite the sleek look, I couldn’t get a pool running and therefore didn’t setup a SAMBA share.

According to their webpage OviOS can be easily updated with pacman, Arch’s package manager. As you may know, Arch is notorious for not being easy to use. I would put it in the same category as Slackware and FreeBSD. If you get it up and running, it’s something to brag about and then you have a package manager that doesn’t resolve decencies. OviOS’s web page goes on to mention that the OS doesn’t provide a GUI for storage management because their goal is to keep OviOS a pure storage appliance-like OS. Much like BSD, OviOS uses ZFS, something we covered in the TrueNAS section. OviOS specializes in SMB, Windows DC and NFS, but to get to it the User must navigate this screen: 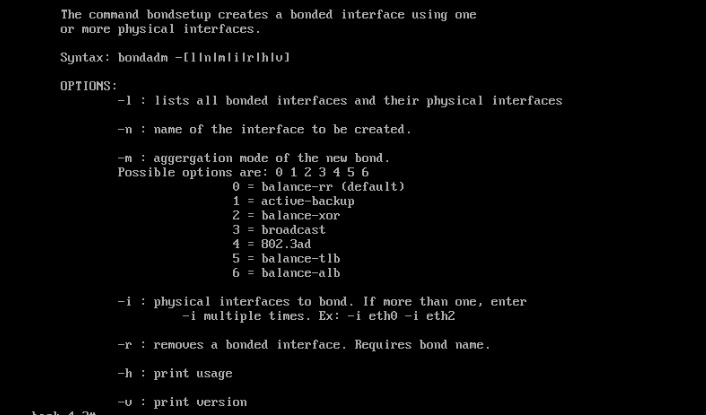 The OS comes with software raid abilities, data compression and point-in-time snapshots, but as our hypothetical soap maker, you most likely don’t want setup a load balancer. To boot, like TrueNAS, this OS requires 8 gigs of RAM, not something that would run on grannies’ old PC.

In the end, despite the monthly fee, going with a service like FileAgo is for the best.

We are feature rich and listen to feedback. Best of all, if you are a techie, you can run an on premises server, if not, we provide cloud for storage. We are truly one step ahead of other services, we support event logs, state-of-the-art encryption and patented waterfall permissions – your files, whether you’re a soap maker or IT professional, will never fall into the wrong hands.